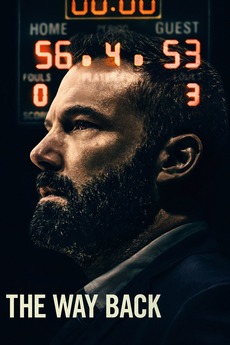 The Way Back
JustWatch

Every loss is another fight.

A former basketball all-star, who has lost his wife and family foundation in a struggle with addiction attempts to regain his soul and salvation by becoming the coach of a disparate ethnically mixed high school basketball team at his alma mater.

Replicated film poster designs. A (never-ending?) work in progress. This list is getting long so I moved some sections to…

The Big Picture’s Long List is every single movie that gets mentioned on The Ringer’s Big Picture podcast this year,…