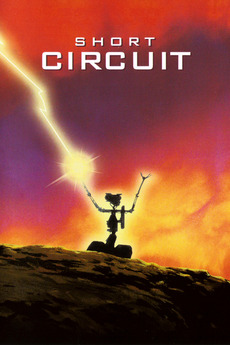 Something wonderful has happened... No. 5 is alive!

After a lightning bolt zaps a robot named Number 5, the lovable machine starts to think he's human and escapes the lab. Hot on his trail is his designer, Newton, who hopes to get to Number 5 before the military does. In the meantime, a spunky animal lover mistakes the robot for an alien and takes him in, teaching her new guest about life on Earth.

Pretty self-explanatory, "older films" must've come out at least 20 years ago. Primarily based on director's influences and recommendations. The…

Step One: Go to www.random.org. Step Two: Pick a Number. Step Three: GET WEIRD!* *Nobody cares if you don't think…

Does it take you an hour to pick a movie? Do you love all types of movies? Are you ready…

I’m sick of sorting through concerts, series, and other non-movies. Anything with more than 1,000 views on Letterboxd (as of…

ongoing list of every single film abed nadir from community mentions either explicitly or through homage/reference (currently on: season 4)…

will add any suggestions left in comments

The Most Comprehensive List of 80s Childhood and Teen Movies

All the films mentioned in Kim Newman's Nightmare Movies

All the films mentioned by name in Kim Newman's definitive encyclopedia of horror films, Nightmare Movies. Well worth a read.…